(This material was first published in The Problemist, January 2006) 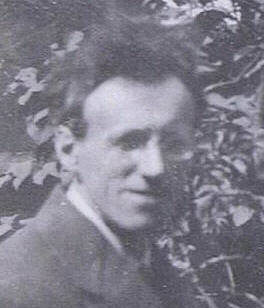 Clearly chess played an important role in the life of E. E. Westbury.

Details of that life are scanty, even down to how he earned a living. The census of March 1901 lists an Eric Westbury, aged 19, born in Warwick, Birmingham, with the occupation of Estate Agent Clerk. His obituary in The Problemist mentioned that “he held a very responsible position in a Birmingham firm”, and there was a period from the mid to late 1920s when he was inactive as a composer. Aside from chess, music was his major interest. In an article in the Hampshire Telegraph and Post for December 18th 1914, G. W. Chandler wrote “He is a facile pianist, a student of orchestral scores, and has written some clever songs, much too good to be called ‘popular’. He is connected with a powerful choral and orchestral society in Birmingham.” Later Chandler continued “…he is a deep thinker, a student of many perplexing social questions, and a man who finds time, in spite of many activities, to indulge in outdoor pursuits.”

As a player Westbury took a high board for the Worcestershire county team. He began composing at the age of 17, and held orthodox English views on composition, attaching great importance to the key move and trying to achieve the maximum degree of accuracy. In the two-mover he was one of the leading British exponents of the Good Companions style, and had a knack for finding artistic matrices. His three-movers were mostly in the standard English style of his youth, attempting to combine model mates with strategic features, although he occasionally composed pure Bohemian problems. Chandler, remembering Westbury in The Problemist for May 1964, wrote “It was not enough that he could fully present a complex idea. It had to be presented as a unified whole, with the white pieces economically used, and all the resources of the position adequately utilised.” 10 of his problems appear in the FIDE Albums, though of course he was composing for a number of years before 1914.

Westbury suffered from ill-health in his later years, and died at Romsley Hill Sanatorium. An early success. The rook does fine work, pinning on two ranks. There is a reciprocal change of functions between the black bishops, while each white bishop is sacrificed in turn. While he won a number of awards for his three-movers, Westbury was primarily a two-move composer. One example of the former will suffice. The Bohemian 2 was disqualified from its tourney because some of the content was anticipated by a problem by Pospisil; however Westbury’s version was viewed as a great advance on the earlier problem and entitled to a separate existence. There are two threats, but the only dual occurs after 1...d3. Widely considered to be Westbury’s best problem. At the time of first publication Heathcote described it as “the finest two-mover of recent years”. Each of the five interferences also unguards the mating square. The underused a8 bishop is a slight pity, but unity is a strong feature. Half-pin, with each rook showing correction play (the f-rook playing on the file), as 1...Re6 and 1...Rf8 can be regarded as random moves. A nice blend of strategies follows a key which gives a flight and permits a check. I find it difficult to figure out the starting point for the composition of this problem. An example of cross-checks from two directions, unusual in that both checking lines are lateral.