All these photographs are kindly provided by Barry Barnes. 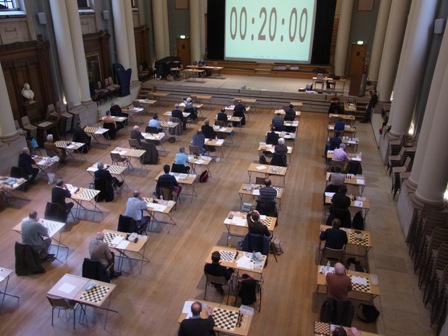 The hall just before the start of the first round. 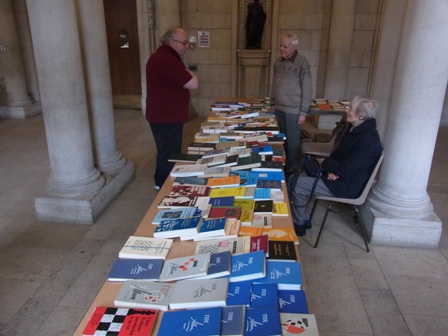 Discussions at the bookstall. From left to right: Brian Stephenson, John Rice and Ann Rice. 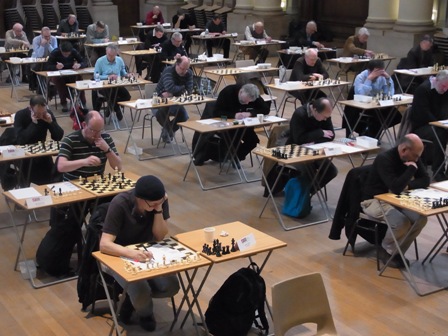 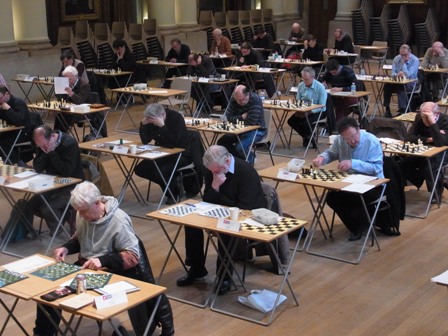 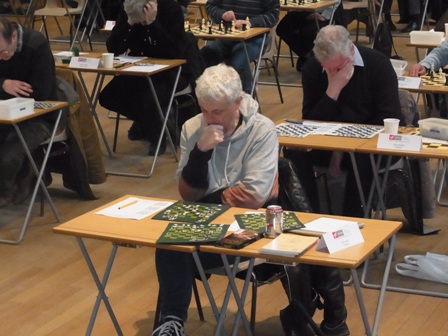 John Nunn and Colin McNab both deep in thought. 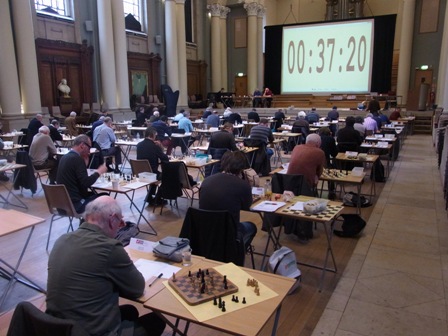 The examination in progress. 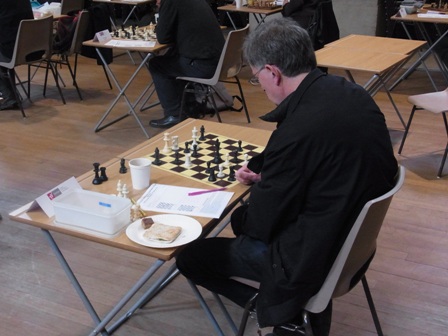 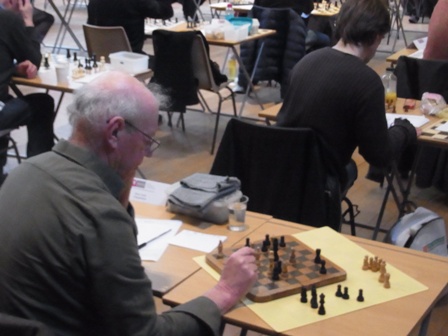 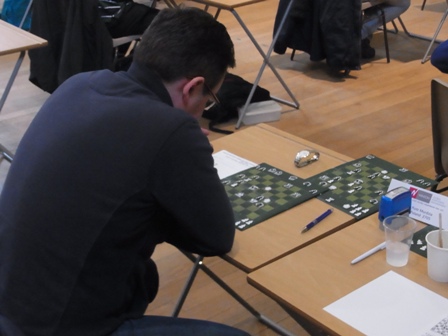 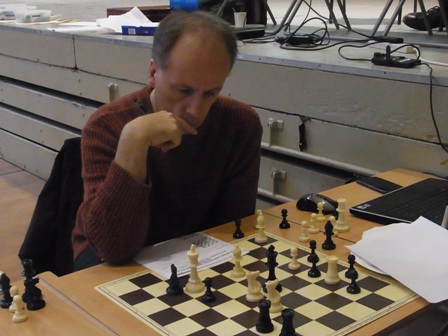 Timekeeper Stephen Emmerson has a go. 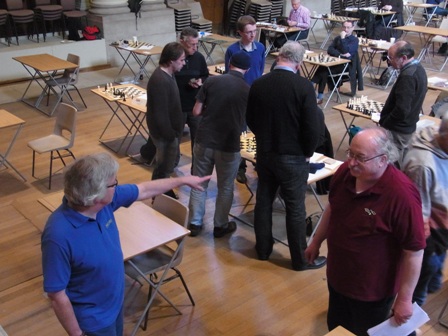 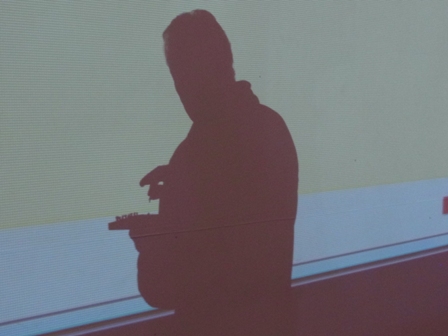 A silhouette on the screen. 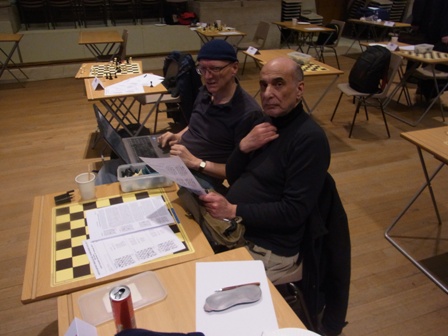 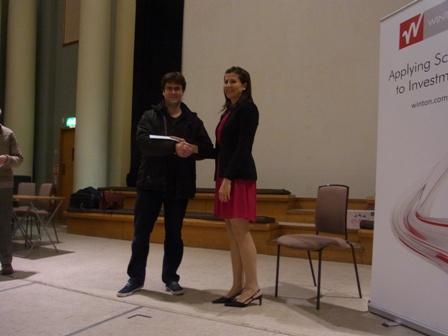 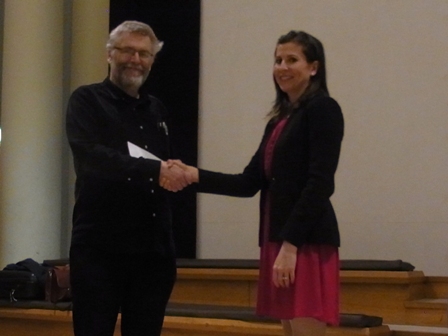 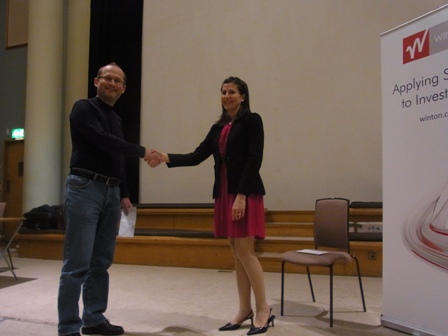 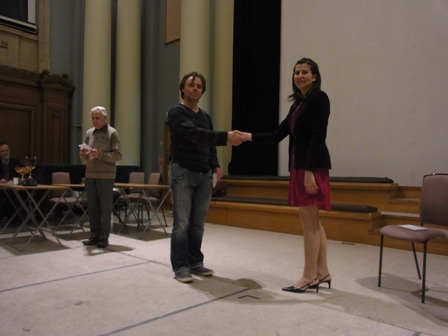 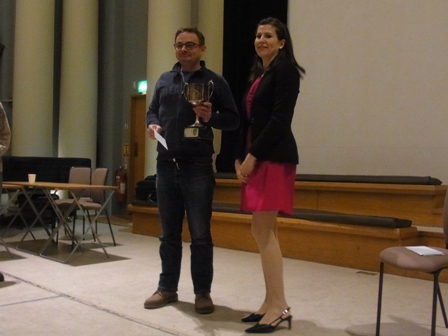 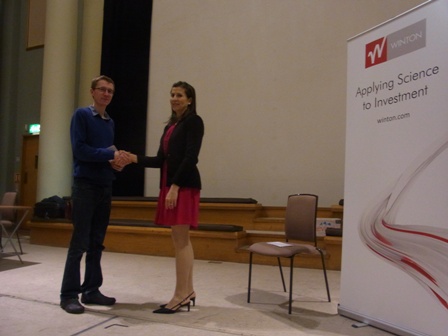 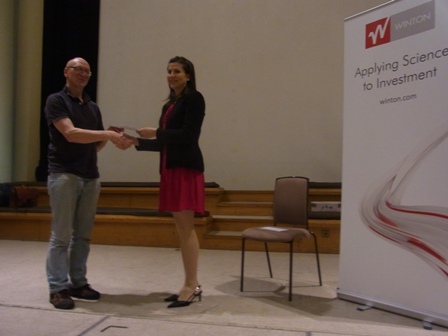 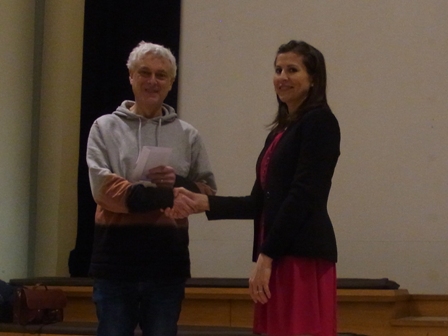 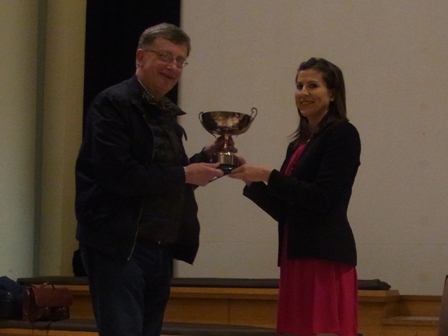